Daedalus:
“In Greek mythology, Daedalus was a skilled craftsman and inventor who designed and built the Labyrinth on Crete, where the Minotaur was kept. Daedalus also made the wings that he and his son Icarus used to escape from Crete. The name Daedalus means ingenious or clever.”¹

Currently we’re not profiting from the site/making any money from it. This may change in the future if we’re able to gather a large enough following. If that happens, we’ll change up the site :) Details for submissions can be found here: https://daedalus-magazine.com/submissions/

SM is a fiction writer/author/editor and online magazine publisher. She started writing fiction in 2012/13 and was published shortly thereafter in a small anthology. She is currently working on a Sci-Fi/Tech/Thriller novel.

SixEighty is a Black Country UK university student, father of two and married to an amazingly bright woman with an intelligence only paralleled by her beauty. He’s currently working on a dark epic manuscript and also a script for TV adaptation.
Twitter: @Six_Writing
Website: sixwriting.wordpress.com
Email: SixEighty@Daedalus-Magazine.com

River Barnes, professionally known as River Rivers, is an emerging and gifted writer from Southern Oregon, US. He’s been published in a number of literary publications since he began writing. He is Modoc and Klamath Native American Indian.
Twitter: @Catch22Fiction
Instagram: @riverrivers921

Rebecca Lovell is an award-winning author of historical and contemporary romance, she publishes her books through her imprint, Frozen Flame Press, and in box sets from Monarchal Glenn Press. Her Tudor historical romance debuted at #1 in New Releases and she appears in several series as well. You can find Rebecca online at:
Website: http://rebeccalovell.com
Twitter: https://twitter.com/becca_el
Facebook: https://facebook.com/RebeccaLovellBooks
Instagram: https://instagram.com/RebeccaLovellBooks
Paypal: chickiepants@gmail.com
Venmo: @genuinegeekerella
Ko-fi: http://ko-fi.com/rebeccalovell 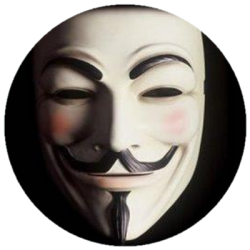 VANDMAN is our tech, sciences, Internet and security resident. He assists wherever and whenever needed. We deeply appreciate his profound knowledge of both people and technology :)
Twitter: @vandman777